Roberto Arcangeli was born and raised in Italy. He studied law at University of Urbino. At the end of the 80’s he moved to Sweden with his family. In the Scandinavian country, he covered several management positions in different industries, before establishing his own commercial company in the distribution sector. In those years, he received the title of Certified Translator in Swedish and Italian from the Trade Department of the Swedish Government. Between 1991 and 2002 he processed more than 5,000 technical translations for Swedish industrial companies as Volvo, Saab, Scania, SKF, Ikea, Tetrapak, etc.

Since 2003 he lives in Canada, where he established a translation company and performs translations for the requirements of the Italian Consulate, Immigration Canada and many companies and organizations in the private and public sector. He is a Certified Translator for the English and Italian languages, appointed in Canada by ATIO and in the U.S. by ATA. He has been a lecturer at the Carleton University of Ottawa, for a Translation Seminar and has written several articles for magazines and newsletters specialized in the translation industry. In 2011 he was appointed Commissioner of Oaths by the Ministry of the Attorney General of Ontario, Canada.

ARE YOU LOOKING FOR CANADA IMMIGRATION SOLUTIONS?

Make It Canada helps clients obtain their permits to work in Canada. 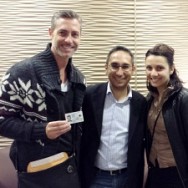 Gathering documentation for immigration can be daunting and overwhelming. Make it Canada helped us sort through all of the required paperwork, kept us...„ 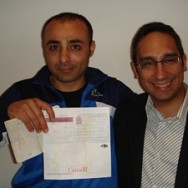 Thank you, Stefano, for your professionalism and dedication to making this dream come true. Eight months ago, I was unemployed and very worried about...„ 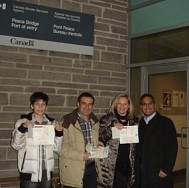 Thank you Stefano for helping us with Immigration Canada to obtain our work permits.We are now ready to start our new life in Canada.„ 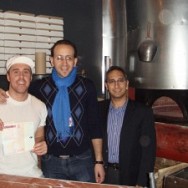 It was great to come to Toronto with all my immigration paperwork sorted out. The day after my arrival I was already working full-time.„ 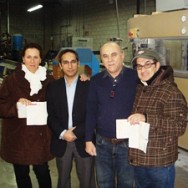 We are very grateful that we are now in Canada and working again. Stefano, we appreciate all your help.„ 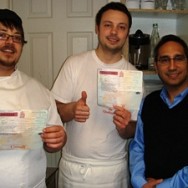 Chef (Andrea) and Pizza Chef (Gianluca) contacted us from Italy. Now, just a few months later, they are in Canada working full-time and preparing for...„